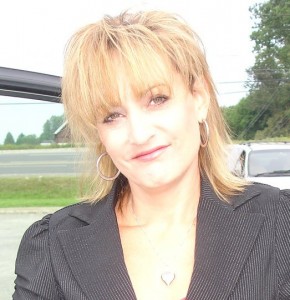 Samantha’s career trajectory at Vale (formerly Inco) has seen her move from Mining Research Engineer in 1990 to General Manager of the Mines and Mills Technical Services Department in Ontario. Her current responsibilities include the provision of technical services and support to six underground mining operations, a milling concentrator as well as a matte processing facility.  She is also responsible for the operation of the open pits, aggregate quarries and tailings reclamation sites in Sudbury. She is accountable for brownfield exploration, geology interpretation and mineral resources inventory reporting for the Sudbury operations. In her current role, Samantha oversees a large group of mining and metallurgical engineers, technologists, geologists and associated staff.

Given the breadth of her Vale role, Samantha has published and presented over 60 papers, reports and publications since graduation, addressing topics ranging from underground data collection to the role of women in the underground hard rock mining industry.

Samantha is a founding member of Women in Science and Engineering (WISE) and has also served on boards and held leadership roles with WISE, the Canadian Institute of Mining and Metallurgy (CIM), Professional Engineers of Ontario (PEO) and the Canadian Mining Research Network (CAMIRO).

Her passion for engineering and science education plays out in the many ways. She has been the keynote speaker three times for the province-wide university initiative Go Eng Girl for young women in grades seven to 10, as well as giving the keynote address at the WISE Gearing Up sessions for older high school students. She is also on the board of the Bharti School of Engineering at Laurentian University.