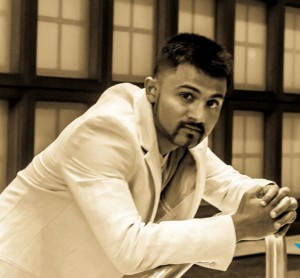 It was Thineshan’s Professional Experience Year internship with Aercoustics Engineering Limited that fused his pursuit of engineering to his passion for music. Using acoustic analysis and shape optimization techniques, he helped boost the acoustic characteristics of a variety of performance spaces, including the Wilfrid Laurier University Auditorium, the Zoomer Media recording studio and Jazz Bistro.

As a result of his research into shape optimization, Thineshan was invited to present at the International Symposium on Room Acoustics (ISRA) 2013, where his paper was published and awarded the Best Student Paper. Following this, he will be receiving the Ernest Walton Medal from the President of Ireland in recognition of his undergraduate dissertation, which won the Undergraduate Award for Engineering amongst submissions from over 184 institutions.

His musical interest began as a child, when he taught himself to play the keyboard. He later shared his keyboard knowledge and enthusiasm with younger students and assisted with annual keyboard examinations at the Tamil Academy of Fine Arts. Thineshan founded the music production company TK Productions in 2009, through which he composed a track to encourage peace for the victims of the Sri Lankan civil war. The song was broadcast in Canada, Sri Lanka, the U.S., the U.K., Germany and France. More tracks that combine Western and Indian music have followed. He later helped found Nuream Entertainment, where, as musical director, he created the production Nurture Your Dream, which showcases talent in the Tamil community.