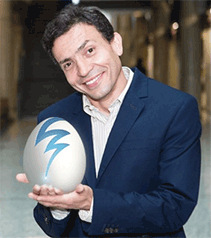 Join us online this month as Joseph Orozco, Executive Director of the U of T Engineering Entrepreneurship Hatchery, discusses the value of entrepreneurial human capital to our evolving economy, and the opportunities given to our students and alumni.

Founded in 2012, The Entrepreneurship Hatchery has been driven by the ideal that students  should leave University of Toronto  not only with a degree but with a job that they have created themselves and the commitment of developing the entrepreneurial human capital  to THINK BIG and transform Canada.

The Hatchery, out of the Faculty of Engineering and Applied Science,  provides a comprehensive suite of programs and services designed to help students with entrepreneurial ambitions form teams, develop new competencies and launch their Startup companies. Over the last eight  years, The Hatchery has attracted significant mindshare from the students with more than 1,800 student in 868 teams applying and  making it a very competitive process where 870 students in 265 teams have been accepted in the same period of time.

The Hatchery has helped  launch over 96 new Startup companies which collectively have raised north of  $95 million in seed funding (learn more at https://hatchery.engineering.utoronto.ca/).

Co-founder and Executive Director of The Hatchery, Adjunct Professor Joseph Orozco (Centre for Management of Technology and Entrepreneurship) at the University of Toronto brings an international perspective through his professional experience in Canada, the United States and South America.

His first venture was launched while he was still attending university, manufacturing metal frames for stoneware. Next, he landed a role in sales and business development at the Dow Chemical Company. This led him to found and lead several companies, including C.R., a logistics company on contract with Dow; Telequote, which was ultimately sold to Reuters; Latam trade, an agnostic trading platform for the Latin American community and ‘POP’ system for brokerage firms; and Simeon International, a Canadian company providing soundfield amplification systems for the classroom. Angel investor in Medipattern Corporation until 2010.

Orozco earned his Bachelor of Industrial Engineering (Laureate Thesis Award) from Javeriana University , and his Masters in Marketing from Andes University. Orozco has also studied at The Wharton School, University of Pennsylvania in its Mergers and Acquisitions Executive Program; at the Rotman School of Management, University of Toronto, where he completed its Small and Medium-Sized Enterprise (SME) Board Effectiveness Program and at Stanford’s Lean Launch Pad Educators Teaching training. 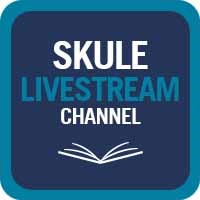 RSVP for the Livestream today!