Skip to Main Content
U of T ENGINEERING
Posted May 2nd, 2016 by Jamie Hunter 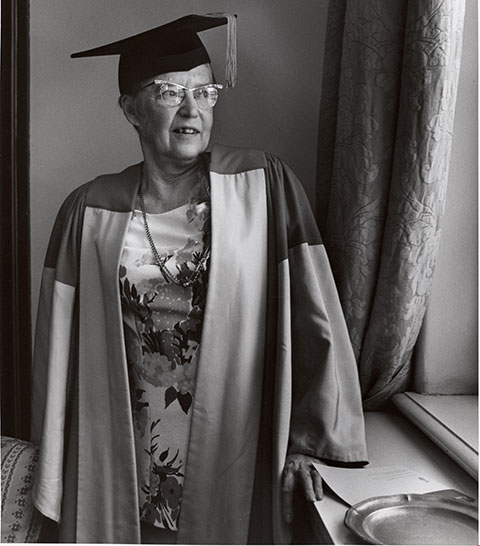 Taken on the occasion of alumna Elsie MacGill (ElecE 2T7) receiving an honorary degree from U of T in 1973. (Photo: University of Toronto Archives and Records Management Services 2008-58-2MS)

Over 460 iconic Canadian women were nominated and the long list has now been set. Alumna Elsie MacGill (ElecE 2T7) has been selected as one of 12 women long-listed by an independent advisory council. The advisory council will narrow the long list down again to three to five names. Finance Minister Bill Morneau will make the final decision. A  recent public opinion poll conducted by the Angus Reid Institute found MacGill to be within the top three choices of the Canadians surveyed.

We feel that alumna Elsie MacGill (ElecE 2T7) more than qualifies for consideration.

MacGill was the first woman to graduate from U of T with an engineering degree and the first Canadian woman to earn a degree in electrical engineering. Nicknamed “Queen of the Hurricanes,” she was also the world’s first female aircraft designer and professional aeronautical engineer, helping to shape Canada into a powerhouse of the aeronautical industry during the Second World War.

Yet these are just a few elements of her amazing life story.

Learn more about MacGill in Skulematters, U of T Engineering’s annual magazine for alumni, which featured her on the cover of the 2015 issue.