Skip to Main Content
U of T ENGINEERING
Posted September 19th, 2012 by

Back to Alumni e-News

Although the Faculty’s Boundless campaign has only just begun, it has already raised more than $80 million towards its $200-million goal. Here is a look at three of the many generous donors to our campaign.

A Gift to Inspire Students, Faculty and Donors 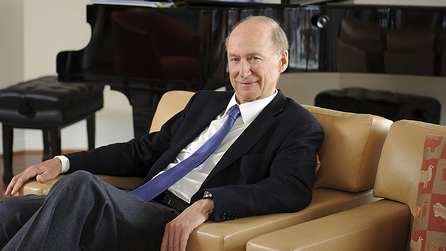 Peter Allen (CivE 6T2), President of Mercator Investments Limited, says he was motivated to donate $1 million to U of T Engineering by Dean Amon’s striking vision for the Centre for Engineering Innovation & Entrepreneurship – a landmark building on the last piece of prime real estate on the St. George campus.

The new facility will be home to multidisciplinary units, such as the Centre for Global Engineering (CGEN), Centre for Sustainable Energy, Centre for Water Innovation, Engineering Entrepreneurship, Institute for Robotics & Mechatronics and the Institute for Leadership Education in Engineering. The entire structure is being designed to engender communication and innovation.

“Dean Amon’s idea for a new building that would promote extensive cross-faculty collaboration is a new concept for University of Toronto
Engineering,” says Allen.

Allen was especially struck by what he sees as the building’s potential to enable engineering students to discuss and co-develop experimental technologies in purpose-built workstations. “This will be timely and relevant in our information age, and will inevitably produce thoughtful, creative minds,” he says.

The Jewels in the Crown 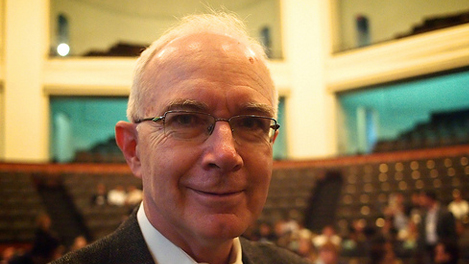 Paul Cadario likes to back success. That’s why he wants his $1 million campaign gift to propel the Centre for Global Engineering (CGEN) into the future. “CGEN is a great endeavour for building prosperous, sustainable and peaceful societies,” says Cadario (CivE 7T3).

Now a Senior Manager at the World Bank, Cadario says he’s always liked multidisciplinary approaches to issues. “CGEN’s focus fits very well with my own life and career after I left U of T, and to my interests in public policy and the role engineers can play in shaping important choices societies have to make,” he says. “I’m also pleased to be facilitating a partnership between CGEN and the Munk School of Global Affairs, another jewel in the University’s crown.”

“I hope that CGEN will look at challenges we in the rich world don’t face and haven’t even considered, and then that those solutions, nurtured in the developing world context, will be applied everywhere to promote sustainability as the whole world faces climate change, resource shortages and common threats to prosperity and security,” he says.

Cadario was also inspired to donate by the themes around which the Boundless campaign is wrapped: “I like all of the Boundless themes,” he says, “They convey the sense that no discipline is alone anymore. U of T’s size and the diversity of its programs means that our faculty and students can push the boundaries of knowledge. Like a great city, great universities are where diverse ideas come to rub shoulders and influence each other,” Cadario says.

One of the great joys for Cadario is returning to U of T Engineering and spending time with the students. That’s why half his gift, $500,000, is earmarked for graduate fellowships. And, it’s why he frequently visits the campus to share his experience and wise counsel.

“I’ve always tried to do the right things, the right way,” he says. “I hope to use my experience of what’s worked and what hasn’t to influence people younger than me, and to learn from them how they approach issues and what’s important to them. The world has changed. Being with different generations is a way to leverage knowledge to solve complex problems no one has ever encountered before, and it’s more important now than it ever has been.”

Creating an Infrastructure for Impact 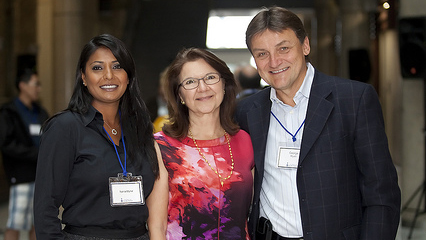 George Myhal (IndE 7T8) arrived in Canada with his family from Western Ukraine in 1958. His father was a machinist, his mother an assistant nurse. Myhal inherited his father’s aptitude for mechanics, but he says he owed his education to the government of Canada, a debt he never forgot. “Great societies are built on health care, the liberal arts and education,” he says. “Canadian children are enormously fortunate to get the education they did, as I did. When I thought about how best I could contribute I thought of U of T Engineering, which offers an outstanding education.” Myhal is now the Chief Operating Officer at Brookfield Asset Management, Inc., so, clearly, his education was anything but wasted.

Myhal’s $5 million gift to U of T Engineering’s Boundless campaign will support construction of the new Centre for Engineering Innovation & Entrepreneurship. Though he’s taken by the spirit of innovation and collaboration the Centre stands for, he also sees it as an important part of infrastructure improvements he says the campus needs. “When I was studying engineering at U of T, some of the buildings we studied in were old and creaky,” he jokes. “So, I know the value of great infrastructure. The buildings the students have now, like the Lassonde Mining Building, are a sea change compared to what I had, but we need more buildings like that.”

Myhal also would like to see the Faculty reach out into the community more. “We need to have a more robust conversation with businesses and with alumni,” he says, “so that the students’ education can be even more relevant and valuable.” For Myhal, that relevance has never been more important. “I think, given the changes in technology we’ve seen, and the impact it’s had on our lives, engineering will have a higher profile and have more importance than when I was a student. It’s important to be a part of that.”