Skip to Main Content
U of T ENGINEERING
Posted February 25th, 2022 by bwesseling 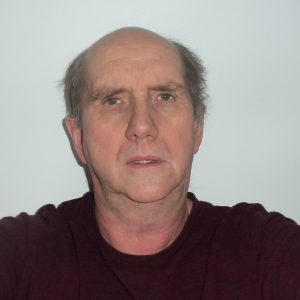 Don Riddle (ChemE 7T8) made his first donation to U of T Engineering in 1983 to help give future generations of engineering students the same incredible opportunities he had as a student.

Nearly 40 years after his first donation to U of T Engineering, Don Riddle (ChemE 7T8) remembers exactly what prompted that initial investment.

By then, Riddle had the money so he promptly paid off his entire debt—and then asked himself, “Now what?”

That’s when a letter arrived from U of T asking him to donate.

His first gift to the Department of Chemical Engineering & Applied Chemistry was followed by 49 more over 38 consecutive years, making Riddle among the Faculty of Applied Science & Engineering’s most loyal and consistent donors. He has also included a bequest to the Faculty in his will.

“Getting that engineering degree was very important to me,” he says. “I felt I needed to give back.”

Riddle supports the Chair’s Fund, which has impacted the lives of hundreds of chemical engineering students over the years through financial aid, improved facilities and equipment, and research opportunities, among many priorities.

“Don epitomizes Skule spirit at its best,” says Mark Rittinger, executive director of the Faculty’s advancement office. “Through his annual gifts, he is both celebrating his time at U of T Engineering and paying it forward for generations to come.”

Riddle chose U of T Engineering for his undergraduate education in 1974 because it had an aerospace option. But three-quarters of the way through his first year in Engineering Science, he knew he had it wrong. “It was way too theoretical for me.” Having grown up on a dairy farm southwest of Toronto, he was hoping for more of a hands-on approach to problem solving. He switched to Chemical Engineering, graduated three years later and then spent the better part of the next 40 years working in Alberta’s energy sector, most recently as a senior facilities engineer at Keyera Energy.

Since retiring in 2019, Riddle has continued to put his engineering skills to good use in woodworking and orienteering, and he is working on a major project to offset his carbon footprint and improve the thermal efficiency of his home.

When asked to reflect on what has kept him coming back as a donor year after year, Riddle points to his first tuition bill—just $750. “$832 with incidentals,” he laughs. He compares that to today’s costs of nearly $16,000.

“I know that the university is stretching donor dollars to go as far as they can to give today’s students incredible opportunities. I also know that there’s no way I could have afforded today’s tuition. It’s part of why I donate. I’m giving to help someone like me. If I can give back and help the next generation coming through, it’s worth it.”

To learn more about the U of T Engineering Annual fund or arranging for a gift in your will, contact Kristin.philpot@utoronto.ca