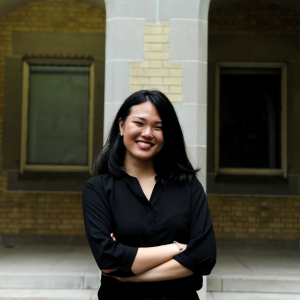 During her time at U of T, Kate was exceptionally dedicated to music and dance, often fulfilling not only artistic roles but also positions of leadership and mentorship in the community. While regularly performing as a violinist in various orchestras and chamber ensembles, she also directed Skule Orchestra as Managing Director and Concertmaster. She often volunteered as an independent musician, most notably for events hosted by the Division of Engineering Science. As a freelance composer, her composition has been featured in an animated short which was accepted to the Reel Asian International Film Festival 2019. She began her dance training in university and performed with community and competition teams whose styles ranged from hip-hop, jazz funk, heels, street and K-Pop cover. Kate hopes to continue to nurture her passion for both music and dance alongside a career in medical devices.