Thirteen exceptional members of U of T Engineering’s alumni community were recognized on Thursday, Nov. 5 at the Engineering Alumni Association (EAA) Honours and Awards.

The ceremony, which is held annually at the Great Hall at Hart House, celebrates alumni for their outstanding contributions to the Skule™ community as well as their remarkable career achievements.

“On behalf of the EAA, I would like to congratulate this year’s award winners on your accomplishments,” said Elias Kyriacou (ChemE 7T6), president of the EAA Executive Board. “Collectively, your remarkable contributions to education and research continue to elevate U of T Engineering as the top engineering school in Canada. We are incredibly proud to have you as members of the engineering community.”

See below for a list of this year’s EAA Awards categories and winners.

View photos from the 2015 EAA Honours and Awards ceremony.

As the EAA’s highest honour, this award recognizes outstanding achievement, superior accomplishments and flair, and excellence in response to challenges. 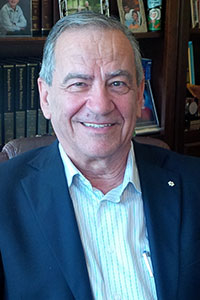 Dottori, president of FADCO Consulting Inc., held a wide range of positions in both the mining and forest-products industries during his career. He co-founded Tembec Inc. in 1973, which went on to become a large global forest-products company with 55 mills throughout the Americas and Europe, and assets of approximately $4 billion. He retired as CEO in January 2006. Throughout his career, Dottori served on numerous industry-related associations including as chairman of the Canadian Pulp and Paper Association, vice-chair of Habitat of Humanity Canada and advisor on the David Suzuki National Business Advisory Board. He received the Order of Canada in 1989.

Selected by their peers, these extraordinary alumni are recognized for their lifelong accomplishments. Commemorated in a display in the Sandford Fleming Building, Hall of Distinction members are a familiar daily presence in the lives of students and serve as examples to future generations of U of T engineers. 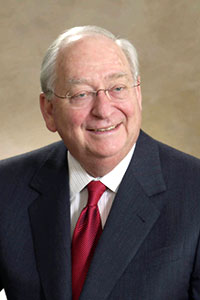 Breukelman is a successful entrepreneur and engineer with over 57 years of Canadian and international leadership experience. A pioneer and visionary in imaging businesses, he was a co-founder and past chair of IMAX Corporation, co-founder and past president of AB Sciex Ptd. Ltd. and president of Fischer & Porter Company (now part of ABB). He is currently chair and principal of Business Arts Inc. and founder and director of other cutting-edge imaging ventures. Breukelman was recently appointed as an Officer of the Order of Canada, and received the Queen Elizabeth II Diamond Jubilee Medal, recognizing his long-term entrepreneurial service and achievements to Canada and the world. Carr has 42 years of experience in the electricity sector as a professional engineer, holding senior positions in the design and planning of electricity transmission and distribution systems. He was CEO of the Ontario Power Authority from 2005 to 2008. Prior to that, he was vice-chair of the Ontario Energy Board during its transition from a government department to a self-funded independently operated tribunal. He received an honorary degree from the University of Waterloo in 2010 and was inducted as a fellow into the Canadian Academy of Engineering in 2012. 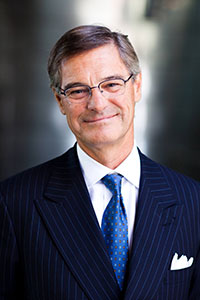 Cross has over 30 years of experience in real estate and business. He is president of Related Hudson Yards, where he leads financing, planning and construction efforts of the 28-acre Hudson Yards development on the west side of Manhattan. Cross was formerly president of the New York Jets professional football team and president of business operations for the Miami Heat professional basketball team. An accomplished sailor, he has been a member of three Canadian Olympic teams. 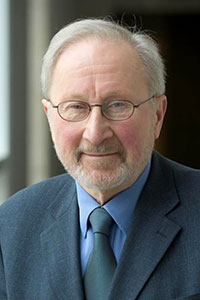 Frind’s background in engineering combined with his interest in water resources put him on the leading edge of the emerging field of quantitative groundwater science. In 1971, he joined the University of Waterloo’s Department of Earth Sciences as a core member of its then-newly established groundwater group. Most recently, Frind collaborated with the Regional Municipality of Waterloo in developing a strategy for the sustainable use of local groundwater as a drinking water source, saving taxpayers the billion-dollar cost of a Great Lakes pipeline. Frind remains active as a distinguished professor emeritus at the University of Waterloo.

Celebrates individuals who have earned respect within the profession and broader community, and attained significant achievement within 25 years of graduation. 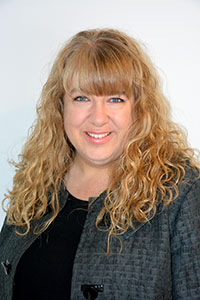 Elliott is a professor and Canada Research Chair in Thermodynamics in the Department of Chemical and Materials Engineering at the University of Alberta. Elliott currently serves on the editorial board of the journal Cryobiology and has been recognized for excellence in research and teaching throughout her career. In 2015, she was named a fellow of the Chemical Institute of Canada and in 2002 Time magazine recognized her accomplishments in an article titled, “Canadians Who Define the New Frontiers of Science.” 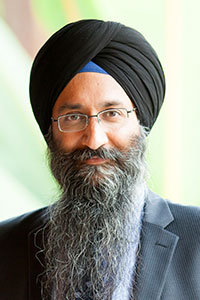 Tuli is the co-founder and CEO of DataWind Inc., with a mission of bridging the digital divide by breaking the affordability barrier. In 2012, Forbes magazine recognized Tuli in its “Impact 15” list, a group of education innovators using technology to revolutionize the classroom. With 25 years of experience as a serial entrepreneur, DataWind’s TSX listing represents the third IPO of his career. DataWind has been recognized by the MIT Technology Review as among the world’s 50 smartest companies in 2013.

Recognizes individuals who have become distinguished in their profession and community within 10 years of graduation. 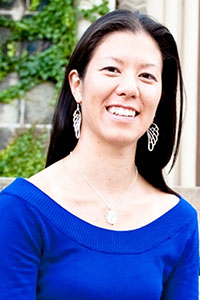 Since 2012, Blain-Moraes has been working on electroencephalogram (EEG) assessment and monitoring of consciousness and cognition as a Canadian Institutes of Health Research postdoctoral fellow at the University of Michigan and McMaster University. Her primary areas of interest centre on developing technologies that enhance the lives of individuals who are unable to move or speak. She is currently developing a technology called “biomusic,” which converts the physiological signals of unresponsive individuals into musical output. 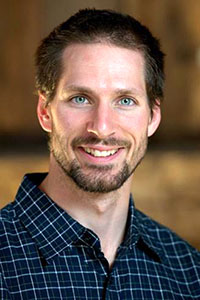 In 2012, Reichert and Cameron Robertson (EngSci 0T8, AeroE MASc 0T9) co-founded AeroVelo Inc., a company that has focused on using human-powered vehicles as a teaching platform to demonstrate innovative and creative engineering and challenge perceptions of what is possible. In 2010, Reichert and Robertson led a team of engineering students into the history books of aviation with the first sustained flight of a human-powered flapping-wing aircraft. Three years later, they achieved what many had thought to be impossible with the prize-winning flight of the Atlas human-powered helicopter.

Recognizes contributions to the Faculty, University or to the community, in honour of Malcolm McGrath, past Assistant Dean, Alumni Relations. 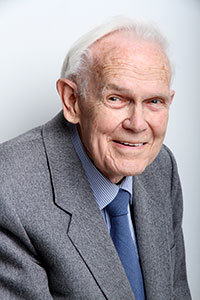 Hinde has played an active role as a member and secretary-treasurer of the 5T0 Engineering Alumni Committee for more than 60 years. Hinde was also co-chair of the Ajax Remembered Campaign, which raised $400,000 towards the construction of the Ajax House. He later assisted in the creation of the 5T0 Leadership Award and is an active promoter and participant in the monthly Skule™ Lunch & Learn speaker series.

Acknowledges the exceptional contributions of an individual who is not a member of the EAA but has contributed in a very significant way to bettering the Faculty, the EAA and/or the lives of current or future members of the EAA. Professor Emeritus Venter began his career at U of T Engineering in 1975. Venter has served in leadership roles at the University, most notably as chair of Mechanical Engineering and vice-dean of the Faculty. He has volunteered his time and expertise on a number of committees and was a member of Governing Council. Venter chairs the Project Planning Committee, which was instrumental in developing the much-anticipated Centre for Engineering Innovation & Entrepreneurship.

Honours Skule™ students who exemplify Professor Emeritus L.E. (Ted) Jones’ great appreciation of the arts and his love of music. While studying at U of T Engineering, Casciato found his way into many of Canada’s leading orchestras as a violist and has studied with some of the most distinguished classical musicians of our time. He recently performed with the renowned New York String Orchestra for two sold-out performances at Carnegie Hall. Around campus, Casciato could be seen performing regularly with the Appassionata Music Ensemble and the Iron Strings Quartet. He is also an occasional performer of jazz and traditional Italian folk music. 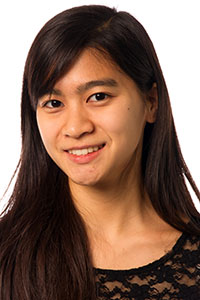 Monri was a member of the Skule™ Orchestra in her first year and quickly expanded her involvement, becoming first violinist in the Hart House Orchestra, the Iron Strings Quartet and the Skule™ Nite Band. She also brought music to the wider U of T community by performing with the Appassionata Music Group at charity events held by various clubs on campus, and at Faculty and departmental events. Monri was also deeply involved with various school clubs and associations, and earned Dean’s List recognition throughout her degree.